The only way for Africa to change its reputation as a 'basket case' is for the continent to produce real change.

"A continent has to develop the systems, structures and strategies to enable it to project a constant, unbroken stream of dramatic evidence that it really deserves the reputation it desires." This was the message from nation brand expert Simon Anholt to about 300 pan-African decision makers and thought leaders gathered in Sandton, South Africa this week for the inaugural Brand Africa Forum.

The Forum hoped to discuss ways to improve the continent's reputation, image and competitiveness. In the words of the founder of the Brand Africa initiative, Thebe Ikalafeng, "It's about Africans proactively taking charge of their destiny to build a better Africa for investment, exports, tourism and citizenship."

What emerged from the forum, which also included global economist Dr Dambisa Moyo as keynote speaker, was a type of Catch 22. To eradicate poverty and create sustainable economic growth, Africa needs foreign investment and innovation. To attract foreign investors and increase African confidence, Africa needs to project a better image to the world and to the people living on the continent. However, to create a better image, Africa needs to eradicate poverty and create sustainable growth. 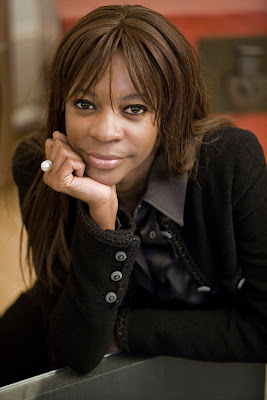 The successful hosting of the FIFA World Cup in South African in June and July this year was held up as a shining example of improving a nation's brand by defying the odds and disproving the perceptions and stereotypes of poor infrastructure and rampant crime. Dr Irvin Khoza, Chairman of the 2010 FIFA World Cup South Africa Local Organising Committee said the World Cup "helped South Africa graduate from a country with promise of progress and success, to a country that gets things done."

Unfortunately, an opportunity like the most watched sporting event on earth does not come around every day to help a region boost its image.

Despite many other success stories, much time was spent focusing on Africa's failures. Dr Dambisa Moyo, in her bestselling book Dead Aid: Why Aid Is Not Working and How There Is a Better Way for Africa, writes about what she calls 'the four horses of the African apocalypse': poverty, corruption, war and political instability and disease. Delegates seemed to be in agreement that these images, together with images of natural beauty, represent the key elements of the current African brand image.

One of the biggest problems with this image is that the whole continent is usually painted with the same negative brush: despite its diversity, complexity and different stages of democracy and development. This is often promulgated by aid organisations and aid celebrities who hold the reputations of African countries hostage in return for aid funding.

The forum, hosted by South Africa's International Marketing Council and the Brand Leadership Academy, was used to discuss the roles of media, business and government in combating this image of Africa.

However, Anholt stated that 'branding' a nation or continent is nearly impossible, as the brand image is seated in public opinion. Public opinion is located in the minds of billions of people: a secure, remote and fragmented location to which national messages can have no access.

"Lets us not kid ourselves that there's a magic formula called branding that can change the way the world thinks about a country," said Anholt.

The challenge for Africa is therefore not to find the right message to send out, or even the right channel to send it through. A more positive brand image of Africa can only spread if real change is taking place in terms of better governance, economic reforms, growth, innovation and development. While this is happening in many countries – examples mentioned were South Africa, Kenya, Ghana and Botswana – some delegates were concerned that this is not always reflected in mainstream media.

Executive Deputy Chairman of the Mail & Guardian Media Group Trevor Ncube said the role of the media was simply to tell the story of the African people: the good, the bad and the ugly. "Our role is telling the story of triumph against adversity, the story of the people who succeed in an environment that is harsh. Putting up a mirror in front of Africa and saying, Africa, this is how we look."

Many delegates voiced the opinion that it was unethical to present the world with an image of an Africa with less disease or less corruption by putting a shiny wrapper around the problems in the name of a better brand. To quote Anholt, often "the biggest reason for a country having a crap reputation, is it being a crap country."

This, however, is not entirely true of Africa. Anver Versi, Editor of African Business and African Banker in the United Kingdom pointed out that Africa as a region was showing faster economic growth than any other region in the world, with many African companies outperforming their British counterparts. Africa is also attracting increasing attention from foreign investors.

But according to Moyo, this is not enough. While the region's economic growth is 3-4% per year, countries need to grow at 7% per year to meaningfully dent poverty. She also stated that, despite consisting of a billion consumers, Africa is responsible for less than 2% of global trade, less than Spain. This is clearly not a significant enough contribution.

She called on Africans to stand up and take action to address the challenges on the continent. She also called on African leaders to get credit ratings to show that they are serious about transparency, and to make sure the policies of their countries are business-friendly.

Anholt's advice to African leaders was to be relevant and to be amazing. To focus on what they can contribute to the world and to show leadership in the way they manage their reputations. If this is done, good publicity must surely follow.

He said that if certain individual countries are doing remarkable things, these achievements can be used to drive a wedge into the monolithic negative image of Africa. This could create a new image of Africa driven forward by the better performing countries instead of being dragged down by the failed states.

While no concrete plans were announced or conclusions drawn on the way forward for Brand Africa, the delegates agreed that the time is ripe for change.

Where does that leave ordinary Africans? Drawing on the advice from delegates from different sectors, change can start from inside Africa if we focus on producing a culture of excellence and innovation. We need to ensure that we tell the stories of change and of improvement to encourage each other and share best practice. While global public opinion may be near impossible to sway, Africans can take responsibility for their own continent and stop waiting for the rest of the world to sustain and to define us.
Posted by www.infoafricanow.com at 8:40 PM